The Coelbren Alphabet: The Forgotten Oracle of the Welsh Bards

Devised by a famous Welsh poet, the Bardic alphabet called Coelbren has always seemed to hold great promise. But as long as nobody knew how to use the system for divination, it remained simply a relic of a bygone era.

In The Coelbren Alphabet , John Michael Greer reveals the secrets of this esoteric alphabet, restoring the Coelbren to its rightful place as a powerful magical tool. Unlike the Ogham or runes, the Coelbren letters take their meaning directly from the sounds they represent. Providing the name, Welsh keyword, meaning, symbolism, pronunciation, and divinatory interpretation of each letter, this book shows how to use this unique system for divination and magic. You will also discover sample readings, scrying and meditation techniques, and tips for making your own Coelbren set.

Writing systems have been used for magical power and mystical insight in spiritual traditions throughout history. This book shows how to engage in an effective divinatory practice with an alphabet that is mysterious in its origins but undeniable in its power. 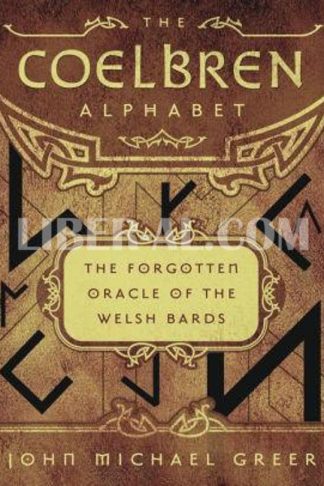 You're viewing: The Coelbren Alphabet: The Forgotten Oracle of the Welsh Bards $14.88
Add to cart
We use cookies to ensure that we give you the best experience on our website. If you continue to use this site we will assume that you are happy with it.Ok