ON HALLOWED AND HAUNTED GROUND

Discover the paranormal legacy of the Second World War. In this book, you will encounter dozens of phenomena in the European and Pacific theaters as well as historic locations in the US where the spirits of the dead are unable-or unwilling-to let the past go.

Tourists at Dieppe are haunted by the terrifying sounds of battle

Phantom footsteps shock the guards at Hickam Air Force Base

This book also shares fascinating stories of supernatural warfare. Learn about wizards and witches in England casting spells to hold the Germans at bay; Dion Fortune and the Fraternity of the Inner Light working magic in support of the Allies; and Aleister Crowley waging a psychic campaign to capture high-ranking Nazi, Rudolf Hess. Haunted World War II explores the high strangeness and haunted aftermath of the most devastating clash of nations in living history. 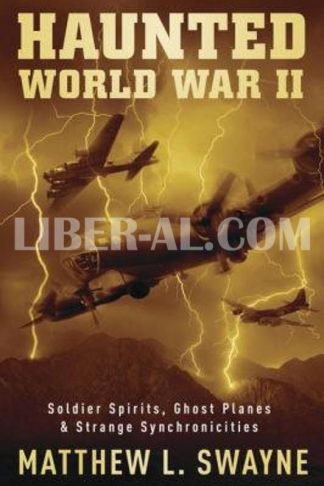 You're viewing: Haunted World War II: Soldier Spirits, Ghost Planes & Strange Synchronicities $13.55
Add to cart
We use cookies to ensure that we give you the best experience on our website. If you continue to use this site we will assume that you are happy with it.Ok