How to Become a Mage: A Fin-De-Siecle French Occult Manifesto

How to Become a Mage is the first English translation of the enormously influential occultist JosÃ©phin PÃ©ladan. This book is a fascinating entry into nineteenth-century French thought, sharing advice on overcoming the pitfalls of status quo society while perfecting one’s own soul.

JosÃ©phin PÃ©ladan (1858-1918) was a flamboyant personality and controversial media celebrity as well as the author of combative art criticism and a series of novels with occult themes. PÃ©ladan also wrote influential non-fiction works on occult topics committed to the belief that the best way for modern Europeans to enter into communion with the guiding intelligences of humanity was through magic and the arts. He played a key role in reviving Rosicrucianism and provided a spiritual and intellectual backdrop to fin-de-siÃ¨cle French symbolism. His ideas influenced the leading artists of the day, including composers Claude Debussy and Erik Satie and writer Antonin Artaud. 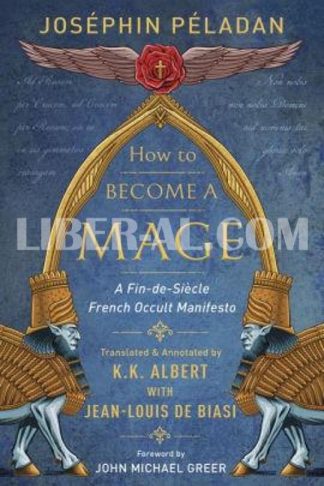 You're viewing: How to Become a Mage: A Fin-De-Siecle French Occult Manifesto $25.52
Add to cart