The Clavis or Key to Unlock the Mysteries of Magic: By Rabbi Solomon Translated by Ebenezer Sibley

A color edition of the Mysteries of Magic (aka the Clavis) by Ebenezer Sibley and Rabbi Solomon, with commentary and transcription by Dr. Stephen Skinner and Daniel Clark. Also includes some contents derived from Frederick Hockley’s manuscripts.

The Clavis was one of the most important grimoires in circulation during the 19th century. This is the highpoint of calligraphic Victorian grimoires. A very significant magical text with more than 200 pages of commentary and explanation.

Part 4. The Wheel of Wisdom

Part 5. A Secret and Complete Book of Magic Science

Analysis of the Magic in the Clavis

Versions of the Clavis Manuscript

Short Biographies of the Main Players

Transcription of the Full Text of the Clavis

Appendix 1. Contents of all known Manuscripts of Sibley’s Clavis

Appendix 2. MÃ©lusine and the Wyvern 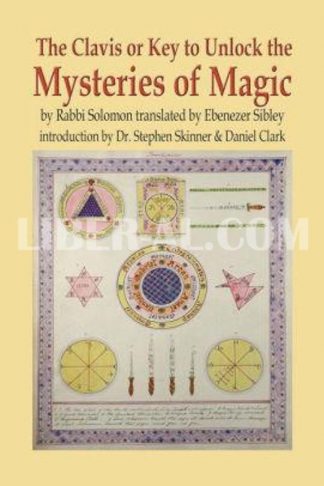 You're viewing: The Clavis or Key to Unlock the Mysteries of Magic: By Rabbi Solomon Translated by Ebenezer Sibley $76.61
Add to cart