The Magus, first published in 1801, is a concise compendium on the Western magical tradition, and one of the primary sources for the study of ceremonial magic. The book contains a fascinating array of information drawn together by author Francis Barrett from several sources, such as Cornelius Agrippa’s Three Books of Occult Philosophy. Areas explored include Natural Magic, Alchemy, Talismanic Magic, Cabalistic and Ceremonial Magic, as well as biographies of important figures such as Albertus Magnus, Roger Bacon and John Dee. Notable are the author’s illustrations, derived from ancient and magical texts. This book remains much sought after by modern readers for the important source material it provides, and it continues to be drawn on heavily for information on many areas of occult philosophy. 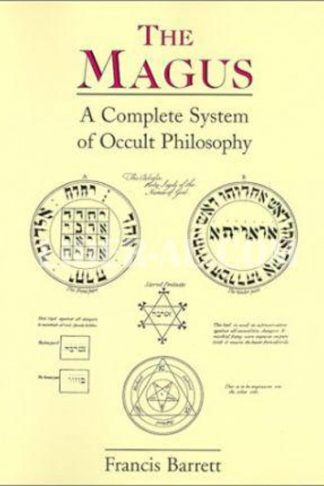 You're viewing: Magus: A Complete System of Occult Philosophy (Revised) $27.89
Add to cart