A long-awaited new edition of the seminal text on the spiritual system that is a convergence of Gnosticism and Haitian voodoo, The Voudon Gnostic Workbook is a singular sacred work that is comprehensive in scope from “how to be a lucky Hoodoo” to how magick and voodoo intersect energetically, to esoteric time travel. Complete with charts and graphs and instructive interdimensional physics, The Voudon Gnostic Workbook is an “object of desire” among students of the occult. Weiser’s long-anticipated republication of this rare text will be an event in the annals of esoteric publishing, as the book itself is somewhat of an “unholy grail.” There are listservers devoted to it and much discussion of the mysteries held within its pages. While The Voudon Gnostic Workbook has remained a controversial book considered important for masters of metaphysics, it recently came into popular culture and renewed popularity when Grant Morrison revealed it had been the inspiration for his cult comics ‘The Invisibles’, using the cribbed time travel from Bertiaux’ s masterwork. Voodoo is not an evil religion and is much misunderstood. It derives from the Dahomean Gods called the “Loa.” Esoteric voodoo is actually a highly practical procedure for leading us into making contact with the deepest levels of our being and most ancient modes of consciousness. Michael Bertiaux’s Voudon Gnostic Workbook is the most comprehensive and illuminating contemporary book on the subject. Launched out of a correspondence course and series of classes for students and followers of Voudon Gnosticism and the O.T.O., this seminal text is at once one of the most mysterious and magnificent of all esoteric books.

“This long-awaited grimoire of authentic Voundoun will be a treasured gem in any occult library!” Oberon ZellRavenheart, Headmaster, author of Grimoire for the Apprentice Wizard, Grey School of Wizardry – Reviews 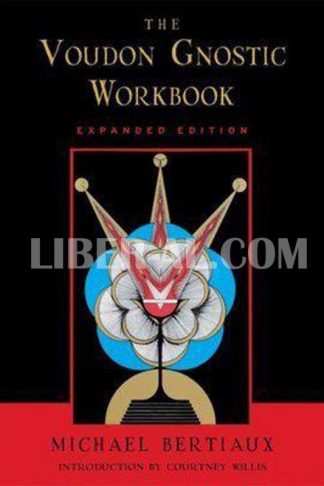