The Museum of Lost Wonder is a book with a mission, simply stated: To illuminate life’s mysteries. The execution is nearly indescribable. Think McSweeney’s production values and design pyrotechnics. Think traditional esoteric symbols in a childhood garden of wonder. Think graphic novel and an adult version of the coolest activity book ever made. And you’ll be somewhere in the neighborhood. Jeff Hoke has created a history of the human imagination with visual cues and clues and wonderment about and around everything you ever thought and everything you wish you’d been crafty enough to think. He has built a museum accessible to all, in book format, arranged with 7 halls (representing the seven stages of alchemical process) in which the questions of the universe unfold. All one needs to enter is some basic understanding of the human experience.

Open The Museum of Lost Wonder, and step into an alternative world full of beautiful drawings, interesting historical tidbits, thoughtful challenges to common myths, and projects and pursuits to complete at home. Pages pull out with cutouts for building models. Hoke’s museum is graphic novel meets quantum physics meets mythical journey meets spirit. Hoke begins with The Calcinatio Hall where the featured exhibit is The Beginning of Everything and leads us into halls like The Sublimatio Hall, with the exhibit How To Have Visions. In The Separatio Hall the exhibit Where Are You Going challenges us in our own journey. Through each hall we are led into an exhibit that questions our own understanding of life and urges us into new ways of thinking. As in wandering the great, immense halls of an ancient museum with endless corridors and fascinating exhibits, the reader is instantly pulled into this enormously imaginative pursuit. Each page is full of depth and questions. And each hall features a special foldout interactive page.

Every now and then, a book comes along that’s almost impossible to categorize, like Hoke’s beautifully illustrated gem, a strange marriage of alchemical lore and psychology, science and “wonder.” Hoke, an artist and a senior exhibition designer at California’s Monterey Bay Aquarium, writes that the eclectic museums and curiosity cabinets of the 1600s inspired him, and that he wants to return us to a time before “science became a belief system unto itself,” a time when artist-alchemist-scientists were able to search for inner truth via mystical experiences and experiments without being ridiculed. Guided by the Greek muses and lured by his lovely color illustrations, readers are beckoned into seven “exhibition halls,” named for the stages of alchemical transformation from base matter to divinely inspired knowledge. Each exhibit also includes a pull-out interactive paper model, such as a “Do-It-Yourself Model of the Universe” in chapter one, where Hoke playfully addresses various creation myths. The chapter on dream states, visions and hypnosis is particularly fascinating. This is a book to linger over; it gradually reveals itself as a sly philosophical meditation on human consciousness, bringing in concepts from Tibetan Buddhism and quantum physics. (Aug.) Copyright 2006 Reed Business Information. – Publishers Weekly 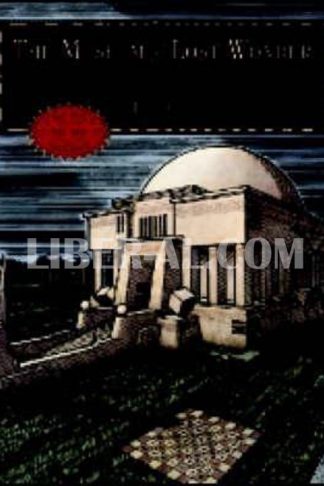 You're viewing: Museum of Lost Wonder $46.51
Add to cart
We use cookies to ensure that we give you the best experience on our website. If you continue to use this site we will assume that you are happy with it.Ok