When Fear Falls Away: The Story of a Sudden Awakening

In August 2003, virtually overnight, Jan Frazier experienced “a dramatic falling away of fear”not just the immediate fear of her annual medical test but, as she learned as time went on, her fear of everything. She was “flooded with a causeless joy that has never left me.” In this book the commonplace belief that enlightenment is only for saints comes apart at the seams. Anyone can be enlightened, and all we need to do is ask.

This rare and beautiful account puts Jan Frazier solidly in the tradition of enlightened teachers from J. Krishnamurti to Byron Katie.

Guns and money aren’t going to buy peace of mind. Giving up fear is.

The summer she turned 50, Frazier suddenly lost the nearly crippling fear that had plagued her for decades. In its place came love, tears, laughter, ecstasy, delight, bliss, understanding and, eventually, an unshakable “undercurrent of fundamental contentment.” This book, she says, is not self-help but a “testimony to a life transformed” and a promise that her experience is open to all. Frazier, a poet, knows how to turn a phrase, but her dated commentary, covering 18 months beginning in August 2003, often evokes the self-absorption and inchoate emotion of an adolescent’s diary: “Every single thing I do is a total blast. It’s like being stoned, only it’s entirely clearheaded.” Interspersed with celebratory journal entries are lyrical descriptions of her worshipful encounters with Gurumayi, the controversial “perfected master” whose Siddha Yoga mantra is translated “I bow to my inner Self, who is God.” Some readers may find Frazier’s unremitting attention to her emotional state tedious, if occasionally worrisome (“I expend a lot of energy to keep from whirling in circles with my arms out to the sides”), while others will perceive deep wisdom in her awakened realization “that being released from fear was independent of being released from bad things happening.” (May)Copyright 2007 Reed Business Information – Publishers Weekly 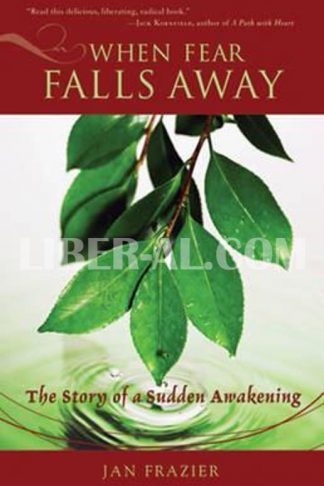 You're viewing: When Fear Falls Away: The Story of a Sudden Awakening $13.53
Add to cart
We use cookies to ensure that we give you the best experience on our website. If you continue to use this site we will assume that you are happy with it.Ok