Shadow of Solomon: The Lost Secret of the Freemasons Revealed

What ancient mystery lies behind the creation of Freemasonry a lost secret so powerful that the Brotherhood itself has been on a quest to find it for three hundred years? For those of us lacking the resources to excavate occult secrets hidden beneath the Louvre or the Rosslyn Chapel, or within CIA Headquarters, The Shadow of Solomon is the next best thing. These pages reveal the true secrets of Solomon, from masonry to magic. Laurence Gardner’s personal experience as both a Templar and a mason makes this fascinating journey through the history of the Bible, Knights Templar, Freemasons, and everything that followed all the more striking and immediate. Is it an accident that the world’s attention should be turned to these men and their strange lexicon of symbols and secrets RIGHT NOW? What will happen when we understand that there is something we all have in common that is greater than nation or religion? Freemasons are often said to be the world’s most influential secret society, yet the story of this enigmatic fraternity is wrapped in mystery and intrigue. Their involvement in shaping political world events has stretched over centuries, even to the extent that masonic principles lie beneath the establishment of the United States and its Constitution. The Shadow of Solomon is the definitive insider’s account of the startling truth behind masonic history and the centurieslong search that the fraternity has undertaken to find its own lost secrets. 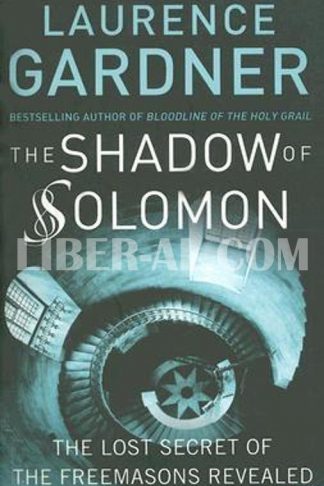 You're viewing: Shadow of Solomon: The Lost Secret of the Freemasons Revealed $17.65
Add to cart
We use cookies to ensure that we give you the best experience on our website. If you continue to use this site we will assume that you are happy with it.Ok