The God Theory, the: Universes, Zero-Point Fields, and What’s Behind It All

On the one hand, we have traditional science, based on the premises of materialism, reductionism, and randomness, with a belief that reality consists solely of matter and energy, that everything can be measured in the laboratory or observed by a telescope. If it can’t, it doesn’t exist. On the other hand, we have traditional religious dogma concerning God that fails to take into account evolution, a 4.6 billion-year-old Earth, and the conflicting claims of the world’s religions. In The God Theory, Bernard Haisch discards both these worldviews and proposes a theory that provides purpose for our lives while at the same time is completely consistent with everything we have discovered about the universe and life on Earth. To wit, Newton was right — there is a God — and wrong — this is not merely a material world. Haisch proposes that science will explain God and God will explain science. Consciousness is not a mere epiphenomenon of the brain; it is our connection to God, the source of all consciousness. Ultimately it is consciousness that creates matter and not vice versa. New discoveries in physics point to a background sea of quantum light underlying the universe. The God Theory offers a worldview that incorporates cutting-edge science and ancient mystical knowledge. This is nothing less than a revolution in our understanding.

“The God Theory makes important inroads toward the creation of a higher-order synthesis grounded in today’s most cutting-edge science.” –What Is Enlightment? – Reviews

“Readable and engaging, Haisch will be embraced by those concerned with finding ways of reconciling science and religion.” -Booklist – From the Publisher 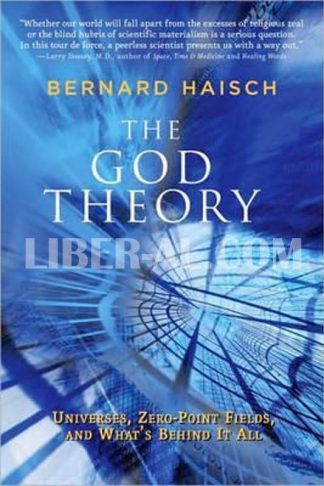 You're viewing: The God Theory, the: Universes, Zero-Point Fields, and What’s Behind It All $13.53
Add to cart