Astrology of 2012 and Beyond

In October 2007, a new phenomenon appeared in the sky, was named the Comet Holmes, and is being claimed and acclaimed by the Hopi Nation as the Blue Star of their prophecy. The Blue Star is the harbinger. Between now and somewhere in 20132014, when the Red Star appears, great shifts in human consciousness will continue. With the fulfillment of the Mayan Long Count calendar in 2012 and the appearance of the Red Star, many are predicting that human consciousness will rise to the next level. Although there may be catastrophic events associated with this period, and life as we know it will surely change, if we do the work, this will not be the Apocalypse. In The Astrology of 2012 and Beyond, Garrison explores the changing sky, starting with the movement of Pluto into Capricorn, a region it hasn’t inhabited since 1733. It’s revolutionary times coming for individuals, governments, and the planet. Garrison draws on traditional astrology and her understanding of the Hopi prophecies and their relationship to the Mayan 2012 predictions, as well as the ending of the 13,000 year masculine kundalini cycle, to offer practical advice and information that will help us evolve through the next four years, including what to expect during the nearly inevitable polar shift.

“If you’re even remotely curious about the insights of astrology, this is the book and now is the time. In one of the most realistic, transcendent, and yet compassionate astrological interpretations we’re likely to find, Cal Garrison offers bigpicture answers that help make sense of 2012 prophecies and sheds light onto some of the most troubling questions of our day. How likely are the 2012 prophecies? Very. What choices do we have? Many. Through a wonderful marriage between astrology and the wisdom of our ancestors, Garrison reveals not only what to expect before 2012, but what internal preparations we might make on the way. Though we live in a time of great promise, it’s not a time to sit back.” Jock Whitehouse, author of The Ledge of Quetzal, Beyond 2012 – Reviews 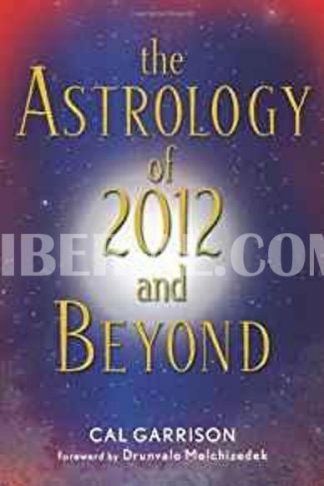 You're viewing: Astrology of 2012 and Beyond $15.79
Add to cart
We use cookies to ensure that we give you the best experience on our website. If you continue to use this site we will assume that you are happy with it.Ok