Ledge of Quetzal, Beyond 2012: A Magical Adventure to Discover the Real Promise of the Mayan Prophecy

On December 21, 2012, there will be an opportunity for the meek to prevail.

So speaks one of the Mexican sages in Jock Whitehouse’s 2012 antiapocalypse book The Ledge of Quetzal.

“There was a growing momentum of darkness in the world. As climate change spawned wildfires, tornadoes, hurricanes and floods/ as earthquakes and mudslides turned entire villages into rubble/ as political, social and religious differences gave rise to terrorism, genocide, and war/ as the world teetered on the edge of economic chaos, it was not hard to imagine apocalypse in the making. The Maya, however, along with numerous other cultures and disciplines, had somehow discerned the largest cosmic cycles of man’s destiny and the forces that surrounded it. And in those cycles they found, like the pause of a pendulum at its apogee, an opportunity for total change. It was like a second chance for all mankind.”

Yes, the weather is changing, world economies are shaky, terrorism and nationalism and fanatical leaders threaten global security. Some say civilization is ending.

That’s the message that comes through in this wild adventure story in the tradition of Castaneda and Coelho, deep into the heart of southern Mexico and its rich traditions of plantbased hallucinogens and the spiritual clarity they awaken.

“The Ledge of Quetzal, Beyond 2012 is fresh take on the archetypal journey of spiritual self-discovery; a beautifully-written and poetically-described shamanic adventure story that integrates personal and universal evolution. Jock Whitehouse is a born storyteller, and his wisely-envisioned, mythical magical tale of transformation will delight, enchant, and inspire you, carrying you to new heights of insight and understanding.” –David Jay Brown, coauthor of Conversations on the Edge of the Apocalypse and Mavericks of the Mind – Reviews 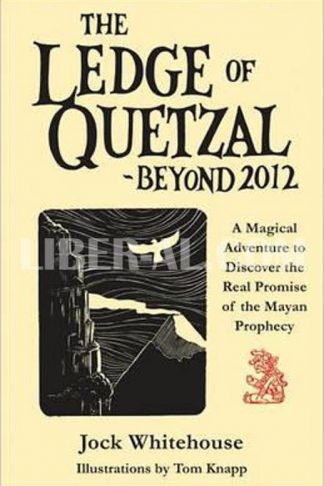 You're viewing: Ledge of Quetzal, Beyond 2012: A Magical Adventure to Discover the Real Promise of the Mayan Prophecy $13.91
Add to cart