Sex, Magick, Aleister Crowley, Orgasms, Erotic Dances, Angelic Beings, Revolutionary Activism, Liberation, Persecution, Defiance, and Suicide. Persecuted by Anthony Comstock and his Society for the Suppression of Vice, this turn-of-the-century heroine was also a spiritualist who learned many secrets of high magick through her claimed wedlock to an angelic being. Born in Philadelphia in 1857, Ida Craddock became involved in occultism around the age of thirty. She attended classes at the Theosophical Society and began studying a tremendous amount of materials on various occult subjects. She taught correspondence courses to women and newly married couples to educate them on the sacred nature of sex, maintaining that her explicit knowledge came from her nightly experiences with an angel named Soph. In 1902, she was arrested under New York’s antiobscenity laws and committed suicide to avoid life in an asylum. Now for the first time, scholar Vere Chappell has compiled the most extensive collection of Craddock’s work including original essays, diary excerpts, and suicide lettersone to her mother and one to the public. 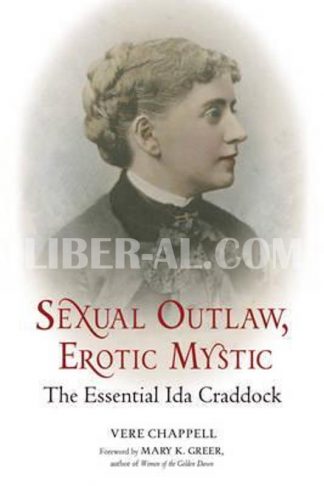