There have been many interpretations and predictions about the year 2012, known as the Mayan End Time–touted in everything from books to television commercials. But what do the Mayans themselves have to say about these prophecies?

In The Mayan Ouroboros, the muchanticipated followup to his bestselling Serpent of Light, spiritual researcher Drunvalo Melchizdek reveals for the first time what Mayan elders have told him about this period. In this book he explains how to prepare for this transition to a new 13,000year cycle by learning how to move out of our brain and into our hearts. He shares the Mayan insight of the importance of our heart connection to our survival and ability to thrive during these times.

Plus The Mayan Ouroboros reveals:
The untold positive side of the Mayan prophecies

The new ways in which humans will begin to perceive and communicate in the world. 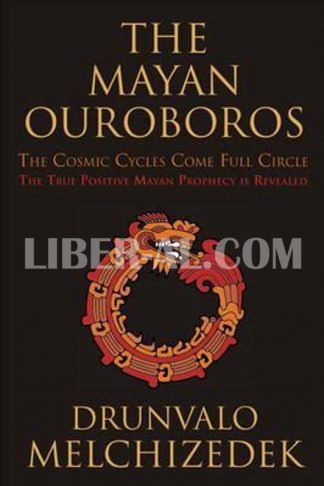 You're viewing: Mayan Ouroboros: The Cosmic Cycles Come Full Circle $15.12
Add to cart
We use cookies to ensure that we give you the best experience on our website. If you continue to use this site we will assume that you are happy with it.Ok