Evidence for Phantom Hitchhikers: An Objective Survey of the Vanishing Passenger from Urban Myths to Actual Events

All over the world, motorists report giving lifts to hitchhikers who then vanish ghostlike into thin air. Phantom HitchHikers, as these insubstantial passengers are called, have become classified as an urban legend and have been related to historical tales of supernatural traveling companions. But is there more to such stories than picturesque folklore? Are there genuine paranormal experiences behind the reports?

Goss explores the meaning and causes of this phenomenon. In terms of purpose and behavior, the Phantom HitchHiker of urban folklore is a thoroughly conventional ghost: one who matches popular expectations of what a ghost is, what it does, and why. He or she is the spirit of a deceased person, the victim of a tragic accident, which resulted in the premature termination of earthly existence. It would appear that these “ghosts” are motivated by, especially on the anniversaries of their unfortunate accidents, a desire to complete their unfinished homeward journeys. It would also appear that they do not know that they are dead.

This is the most comprehensive study of a peculiar phenomenon that has mystified students of the paranormal for centuries. Goss’ study will entertain and inform anyone who enjoys a good ghost story and anyone who is interested in understanding the mysterious and unexplained. 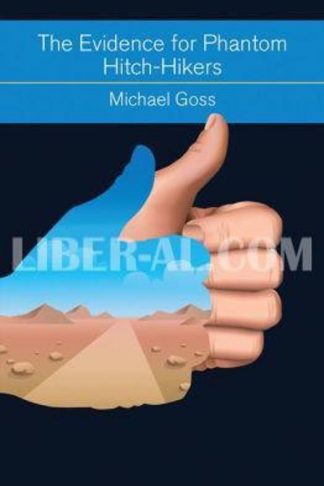 You're viewing: Evidence for Phantom Hitchhikers: An Objective Survey of the Vanishing Passenger from Urban Myths to Actual Events $13.91
Add to cart
We use cookies to ensure that we give you the best experience on our website. If you continue to use this site we will assume that you are happy with it.Ok