Beyond the North Wind: The Fall and Rise of the Mystic North

“The North” is simultaneously a location, a direction, and a mystical concept. Although this concept has ancient roots in mythology, folklore, and fairy tales, it continues to resonate today within modern culture. McIntosh leads readers, chapter by chapter, through the magical and spiritual history of the North, as well as its modern manifestations, as documented through physical records, such as runestones and megaliths, but also through mythology and lore.

This mythic conception of a unique, powerful, and mysterious Northern civilization was known to the Greeks as “Hyberborea”–the “Land Beyond the North Wind”–which they considered to be the true origin place of their god, Apollo, bringer of civilization. Through the Greeks, this concept of the mythic North would spread throughout Western civilization.

In addition, McIntosh discusses Russian Hyperboreanism, which he describes as among “the most influential of the new religions and quasi-religious movements that have sprung up in Russia since the fall of Communism” and which is currently almost unknown in the West.

“This is an amazing and deeply original book; a work of immense erudition written in an elegant, approachable, and luminously intelligible style. Its quiet wit tempers its awe-inspiring and sometimes terrifying perspectives. I have been educated and delighted by this book.” –Frederick Turner, Founders Professor of Arts and Humanities, University of Texas at Dallas – Frederick Turner 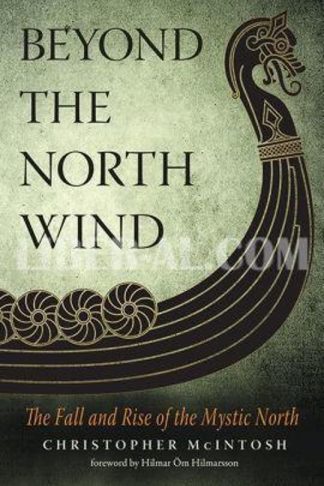 You're viewing: Beyond the North Wind: The Fall and Rise of the Mystic North $13.53
Add to cart
We use cookies to ensure that we give you the best experience on our website. If you continue to use this site we will assume that you are happy with it.Ok