This edition was published at Autumn Equinox 1993 and is the first with this new look “This, the first issue of the new look Nuit Isis, includes many gems from the earlier and now rare editions of the magazine. The collection reflects the broad catholic interest of the Editors – lots of Crowley, lots of ritual Magick, but also writing from what has been dubbed the ‘new edge’ – articles tackling mainstream subjects from Magickal perspectives, such as those on Wilhelm Reich and Brion Gysin in the current volume.”

– Editorial
– Virgins, Whores & Scarlet Women by Shantidevinath
– Baphomet & Son by R.A.Gilbert
– Factions, Fictions and Functions by Mike Magee
– English Gematria by Jake Stratton-Kent
– Man, Kick That Habit by Michael R.Goss
– Ordo Illumination by P.R. Konig
– Serpent Women, 5 Rabbits & an Obsidian Butterfly by C.H.Cattell
– The Pan Working by Evangelas Kigakis
– Wilhelm Reich by Ashan
– The Moon Above The Tower by Kanton Shual
– On the Other Hand Path by Ray Sherwin
– Tzaddi Is Not The Star by Ken Taylor
– Reviews
– Kundalini Priestess by Billy Duvenny
– Untitled by Vonn Stropp 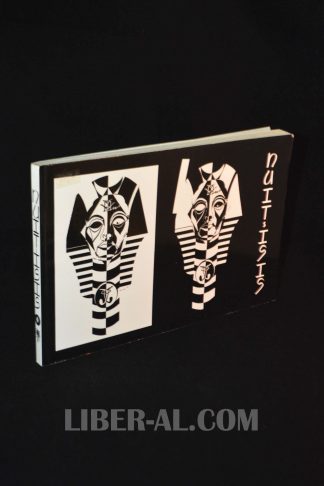 You're viewing: NUIT-ISIS Journal: Autumn Equinox 1993 $52.54
Add to cart
We use cookies to ensure that we give you the best experience on our website. If you continue to use this site we will assume that you are happy with it.Ok