The first issue of Starfire appeared in 1986, and it has been an occasional Journal of the New Aeon ever since. Dedicated to Thelema, it brims over with articles and artwork of relevance to the Thelemic current.

All previous issues are now out of print and difficult to obtain. This issue was when published the first new issue of Starfire for many years, and as ever is a scintillating collection of articles, short stories and artwork that is sure to delight and inform. Contents include:

– The Magic of Folly by Richard Ward – some considerations of ‘The Fool’ card in the Tarot;
– Sinister Shades in Yellow by Alistair Coombs – an essay on the work of novelist Sax Rohmer;
– The Stone of Stars by Oliver St. John – a fascinating short story woven around a talismanic stone and the forces it calls down;
– Tzaddi is not the Star by Caradoc Elmet – some considerations on the Tarot.
– The Aphotic Oracle by Daniel Lett
– Nightmare Sorcery by Richard Gavin
– Maranatha: a Blessing or a Curse by Stephen Dziklewicz
– The Altar by Peter Smith – again, a fascinating short story, this time focusing on the history of a lost grimoire.
– A Very Personal Tantrum by Joe Claxton – an account of consequences from some specific ritual work
– The issue also includes a supplement collecting several presentations from the April 2004 Thelema -Beyond Crowley Conference held in London to mark the Centenary of the transmission of The Book of the Law, including the following: 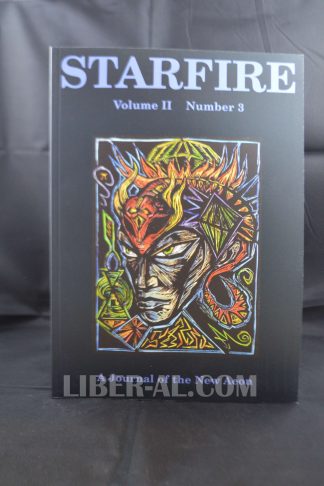