The Other Child and Other Tales

One of Kenneth Grant’s novella series, it consists of two novellas with a common theme of Ancient Egyptian sorcery, and four short stories. The first novella, The Other Child, is a tale of two brothers, one a Child of Light, the other of Darkness, and the struggle for a cataclysmic magical power which they each partially embody. A scholar of Ancient Egyptian studies is unwittingly drawn into the struggle, eventually assuming a priestly destiny as events unfold.

The second novella is The Stellar Lode, previously published many years ago but here re-edited and published within the novellas series. We learn of a small glass sphere into which, ages ago, was sealed by means of sorcery the soul of a powerful Egyptian Queen. The sphere exerts a powerful talismanic effect on those into whose hands it passes, each possessor playing an unwitting part in an urgent cosmic drama, echoing rôles which they had played ages past, in the original drama which gave birth to the sphere.

Also included in this story are four powerful short stories having in common a state of perichoresis, or interpenetration of dimensions, across time and space. Whether caught in the events of ages past, or passing through a sequence of related dreams, we traverse a web of inter-relationships, parts of a great and unfolding cosmic drama in which our rôles are myriad. 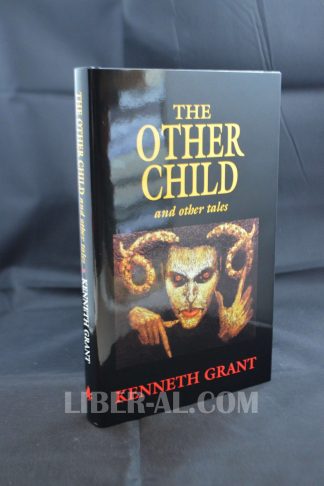 You're viewing: The Other Child and Other Tales $34.91
Add to cart