It is no secret that an Adeptus Minor (5=6) in Tiphereth has a two-fold role. As an Outer Adept they shine the light of their Sun toward the Earth, while an Inner Adept turns around and faces the infinite stars of Nuit and of BABALON. The avatar, according to Crowley, is the Balance between these roles. The avatar acts as a channel bringing Gnosis from Above to the Below. The receiver on Earth can be either female or male, claiming the title of a Scarlet Woman or the Beast.

Erica M Cornelius’s masterfully kaleidoscopic new book, The Scarlet Woman and the Ancient Mercurial Serpent and Other Essays carefully discloses the feminine formula in New-Aeonic Magick. What you do with your formula is your own business. However, it is no secret: both men and women will be forever changed after reading this book.

Other essays on the Scarlet Woman within this book are by J. Edward Cornelius.

A sneak peek at the contents page… 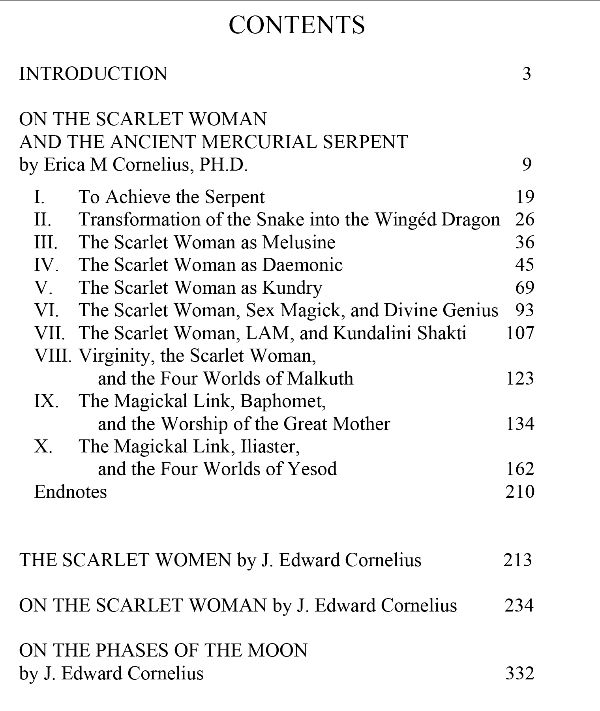 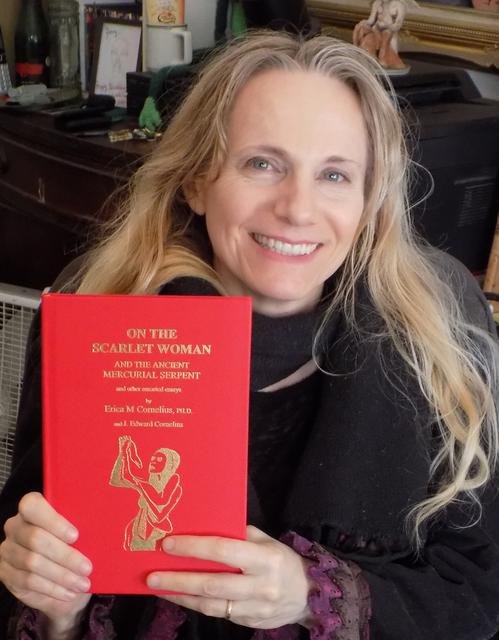 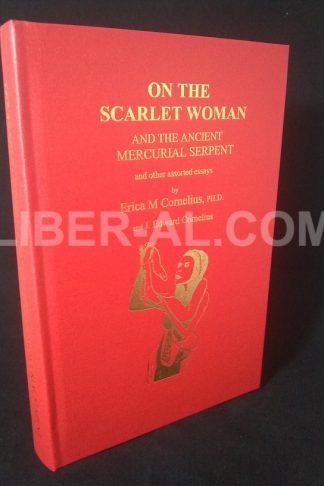 You're viewing: ON THE SCARLET WOMAN AND THE ANCIENT MERCURIAL SERPENT and Other Essays (SIGNED) $83.20
Add to cart
We use cookies to ensure that we give you the best experience on our website. If you continue to use this site we will assume that you are happy with it.Ok