Aleister Crowley vowed to free man from bondage by showing him how to invoke his latent genius – the Hidden God. It is characteristic of Crowley that to this end he utilised the mysterious energies of sex: the most potent, most obsessive of man’s illusions which, if used unintelligently, strengthens the false sense of individual existence that divorces him from the fullness of cosmic consciousness.

Aleister Crowley and the Hidden God is an exhaustive and critical study of Crowley’s system of sexual magick and the strange rites which he practised and advocated for the purpose of promoting the Law of Freedom with its formula of ‘Love under Will’. The book reveals the occult workings of the Fire Snake or Kundalini-Goddess, the cosmic power in man which, when awakened by magical means, assumes an external form identified by Crowley as the Scarlet Woman, she who influences the secret power-zones in the body of man and invokes the Hidden God.

Here Kenneth Grant also describes a method of dream control involving the use of the Ophidian Current transmitted by Crowley, Spare, Fortune, Grosche, and others. Its object is to establish contact with extra-terrestrial and non-human beings with the ultimate purpose of transcending the limitations of personality and of realising cosmic consciousness, thus fulfilling the magical formula of the New Aeon.

Aleister Crowley and the Hidden God is here republished in an enhanced edition. Freshly typeset, the edition incorporates the errata from the Skoob reissue as well as correcting anomalies on the basis of annotations in Kenneth Grant’s personal copy. Some of the existing plates are presented in colour; and some new plates, including ‘Formula for hastening Transferences from the twin Ego’ by Austin Osman Spare, and a frontispiece for ‘Monolith’ by Steffi Grant, and ‘Evocation’ by Steffi Grant. 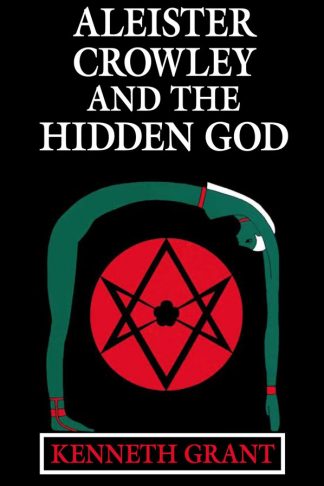 You're viewing: Aleister Crowley and the Hidden God (Paperback) $27.33
Add to cart