“This is NOT the re-release of my earlier book with the similar name! This new book tells my personal story taken from my private diaries and magickal records from around 1966 of an Enochian ritual done through the Ouija board!

I initially began writing this one around 1995 but when it was later released through Feral House in November of 2005 and titled Aleister Crowley and the Ouija Board, it was greatly edited, reformatted and it suffered at the hands of an editor who wanted the book to have more of a Spiritualistic approach rather than a magickal discourse rooted in my own life’s story.

This new book begins with the history of the board, what my spiritual teacher taught me and then quickly discusses the truth behind the use of the board as a magickal implement. It graphically tells the story of how I haunted my grandparent’s house–which was omitted from the earlier version published by Feral House.

Aleister Crowley himself not only wrote about the Ouija board, but he advocated its use! If it were only a parlor game, would the likes of the Great Beast have given this implement any consideration at all? This new release has restored the Ouija book to its original intent by using my original pages and notes with some new added material.​” 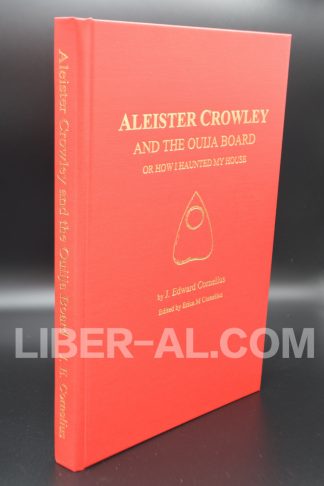 You're viewing: ALEISTER CROWLEY AND THE OUIJA BOARD OR HOW I HAUNTED MY HOUSE (SIGNED) $80.26
Add to cart