Crowley’s Apprentice: The life and ideas of Israel Regardie, the magical psychologist

“Israel Regardie was one of the most complex and fascinating personalities thrown up by the esoteric revival which began with the establishment of the Hermetic Order of the Golden Dawn in the 1890s. Regardie had become Aleister Crowley’s secretary in 1928; by 1932 he had become an esoteric writer and philosopher in his own right – and had severed his relationship to the self-styled Great Beast 666.

Over the years Regardie moved away the Order of the Golden Dawn into fields such as alchemy and psychology, becoming a Reichian psychotherapist, eventually achieving a brilliant reconciliation of psychology and his earlier esoteric ideas.

This study of Regarde places him squarely in the centre of the Western occult movement, a position in which he remains today – a brilliant, original and courageous thinker.” – From cover 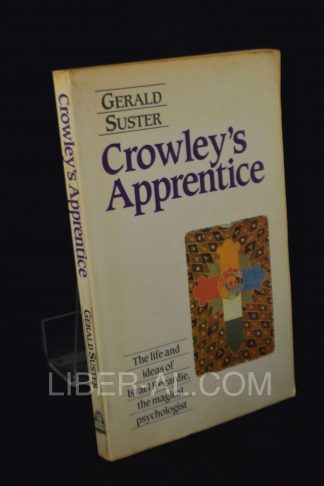 You're viewing: Crowley’s Apprentice: The life and ideas of Israel Regardie, the magical psychologist $15.51
Add to cart
We use cookies to ensure that we give you the best experience on our website. If you continue to use this site we will assume that you are happy with it.Ok