Cults of the Shadow (Paperback)

Cults of the Shadow was first published by Muller in November 1975, and subsequently reissued with an errata page by Skoob Publishing in 1994. A second edition was released by Starfire Publishing in 2013. This edition was freshly typeset, assimilating the errata from the Skoob reissue, together with further corrections noted subsequently in Kenneth Grant’s personal copy of the book. The second edition appeared in an octavo format of 264 pages, with a sumptuous colour frontispiece by Steffi Grant, a twenty-page section of colour and half-tone plates, illustrated endpapers, and a full-colour dustjacket. Where possible, plates were rephotographed for the second edition, some presented in colour for the first time. Of the 1500 copies printed sadly due to warehouse fire many were lost.

The edition is a reprint of the second edition in two formats: hardback, bound in black cloth and with a dustjacket; and paperback, with a sturdy cover. Both formats will be sewnbound on good-quality paper.

Cults of the Shadow explores obscure aspects of occultism that have been frequently, and mistakenly, associated with the negative and sensational phenomena of so-called ‘black magic’.

Much has been written about the doctrines and techniques of the Right Hand Path, but at the time of the initial publication of this book in 1975, this was the first time that a serious study of the equally valid and legitimate techniques of the Left Hand Path had been made generally available. As a Way of Spiritual Attainment, the Left Hand Path has a more ancient history than its better-known counterpart, for it stems from primeval phases of consciousness that manifested in historic times through the Ophidian Traditions of Africa, the Draconian Cults of ancient Egypt, and the Tantric Systems of India and the Far East. The evolution of these Mysteries is here traced through these, its earliest manifestations, right down to the present time.

The Left Hand Path has been shunned and kept out of sight because it involves a use of the sexual energies as a means of awakening the Serpent Power or Fire Snake, the key to cosmic consciousness, and also of controlling and directing the occult forces of the subconscious mind, the reservoir of infinite knowledge. The generally more enlightened approach to these matters in the present, post-Christian age has made possible the publication of these ‘occult secrets’, which for nearly 2,000 years have been anathematized on account of their psycho-sexual nature.

Present-day exponents of these Mysteries have formed their own cults for the revival and promulgation of this Secret Gnosis. Among them are Aleister Crowley, with his Cult of the Beast and the Scarlet Woman; Charles Stansfeld Jones, with his curious qabalistic researches; Austin Osman Spare, the artist who evolved his own system of sexual sorcery based upon ancient secrets of Witchcraft; and Michael Bertiaux, with his Cult of the Black Snake. 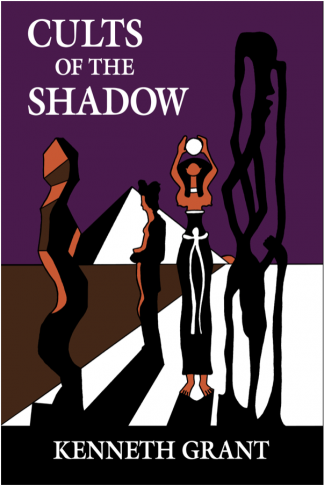