Originally released by Skoob Books Publishing in 1992, this enhanced edition of 1500 copies is freshly typeset in an octavo format. This republication incorporates corrections noted subsequently in Kenneth Grant’s personal copy of the book. Many of the plates have been rephotographed, and some are printed in colour.

The republishing of the Typhonian Trilogies continued with the release in January 2015 of the sixth volume in the series, Hecate’s Fountain, which completes the second of the three trilogies.
Hecate’s Fountain is a highly original approach to contemporary Hermetic thought and experimental occultism.

During the rituals of New Isis Lodge (1955-1962) it was noted that not all of them achieved the object for which they were performed. The exceptions had curious and often alarming side-effects which the author calls ‘tangential tantra’. It was discovered that these anomalies effected a rapprochment with highly charged dimensions existing between the realms of dreaming and dreamless sleep. This catalytic interface Grant calls the Mauve Zone. The weird nature of these phenomena suggested parallels with H. P. Lovecraft’s Cycle of Myths extrapolated in the fabulous Necronominon, and its affinity with Mauve Zone magick is here meticulously explored.

Many years of research then led to an interpretation, in terms of this magick, of Aleister Crowley’s The Book of the Law. Also explored are seemingly related phenomena in the work of another contemporary, Michael Bertiaux, whose independent discoveries show evidence of traffic with alien beings of Intelligence and Power. Crowley saw contact with such entities as “the only chance for mankind to advance as a whole”.

The Magical Workings of New Isis Lodge have opened the gates to an influx of influences from Outside that will radically alter the direction of experimental occultism. 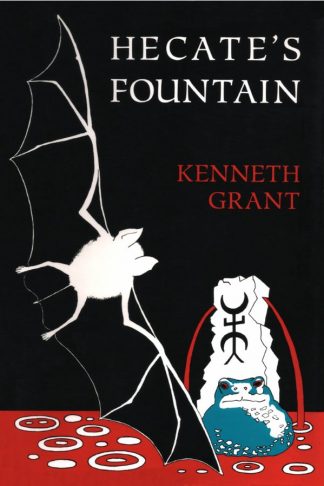