Starfire Publishing, London, 2015. Hardcover. 298 pages. Sewn binding, bound in black cloth. With a substantial Introduction by Henrik Bogdan surveying the development of Grant’s published work, a Preface by Steffi Grant and a Foreword by Martin P. Starr, this book is sure to become the standard volume of reference for details of Grant’s work. Brand New/Fine.

Kenneth Grant’s published work was substantial, reaching across six decades. The first edition of Henrik Bogdan’s Bibliography was published in 2003 by Academia Esoterica Press, Sweden. More original work by Kenneth Grant has been published since then, as well as further editions and translations of the Typhonian Trilogies. Now detailing all known publications up until the end of 2014, the present Bibliography has been restructured, revised and expanded for this second edition, and full bibliographical details have been supplied for all the major works. Included are details of not only the books – many translated into a number of languages – but also the essays and articles written for collections such as Man, Myth & Magic and Cult and Occult, as well as ephemera such as the informative, attractive and highly- collectible flyers issued when many of these books were first published.

The Bibliography is lavishly illustrated. A first section of colour plates consists essentially of plates selected from Kenneth Grant’s work over the decades; also included are some previously-unseen items. A second section of colour plates reproduces the front covers of some of these scarcer published works, as well as a selection of the flyers for the books issued at the time of publication. 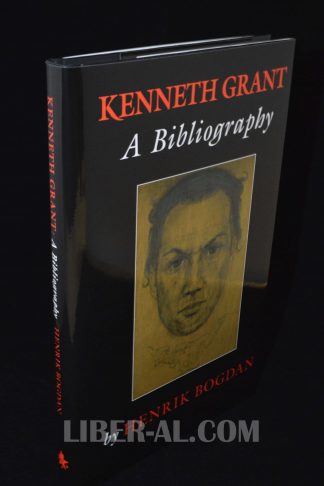 You're viewing: Kenneth Grant: A Bibliography $27.89
Add to cart