King Over the Water: Samuel Mathers and the Golden Dawn

Over the years many myths have built up about one of the founders of the Golden Dawn, Samuel L. MacGregor Mathers. Many of these have been created by those who wish to damn the Golden Dawn and its system of magic or by those who want to naively believe a bogus magical story about the Order and its founders. In King Over the Water, Golden Dawn magician Nick Farrell paints a picture of the founders of the Golden Dawn becoming out of their depth as the Order began to create magicians. Rather than painting Mathers as an eccentric genius, Farrell sees him as an autocratic fantasist. He sees Mathers struggling to keep up as his students rapidly became better than him at the system he created, and shows how he was unable to raise his game to help the Order develop further. In what is a portrait of the problems that could befall any esoteric leader, Farrell (author of Gathering The Magic, a textbook on magical group dynamics) reveals how Mathers’ later rituals were an attempt to remove the magic from the system he created so that he could milk it for money. Included are previously unpublished papers from Mathers’ own version of the Golden Dawn, the Alpha et Omega, including the original Z documents, the full version of the Book of the Tomb (a key document for creating a Vault of the Adepts), the original method for the consecration of the sword, and much more. King Over the Water is the prequel to Farrell’s groundbreaking exposé on the Alpha et Omega, Mathers’ Last Secret, and provides another look into the mind of a magician that helped develop the magic we use today. 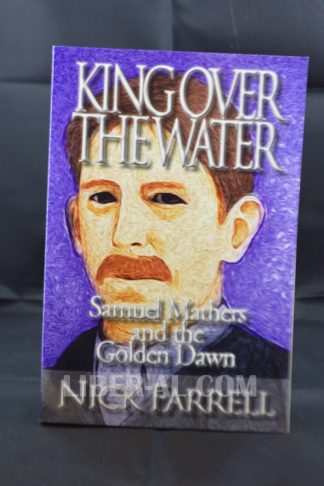 You're viewing: King Over the Water: Samuel Mathers and the Golden Dawn $22.98
Add to cart