“Birthed from strange and ancient larvae, the demon Beelzebub is often heard but seldom seen. His presence throughout history is fleeting, sudden, ever evasive….Barry William Hale has nurtured an early fascination with the order Diptera to develop a buzzing, post-modern grimoire-bestiarum. Drawn from many years practical experience working with Beelzebub and his servitors, Legion 49 provides us with a rare glimpse of ‘the Lord of the Flies’ and the dark quintessence of his Legion. In a series of short, de-constructionist essays the artist explores traditional methods of evocation and the myths surrounding Beelzebub, before providing an iconographical and sigillic recension of his horde of forty-nine servitors, glimpsed through the protective-symmetry of the paper-cut traditions of old Mexico. Legion 49 is a fusion of styles, influences and approaches, the modern and ancient, direct and indirect, refined and raw: it seeks to capture for a moment that flitting, fleeting, Chaotic gnosis symbolised by the Lord of Flies.” – Fulgar 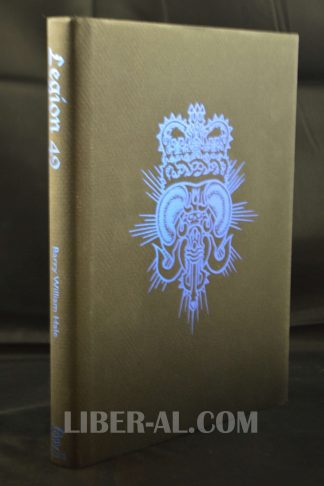