Starfire Publishing, London, 2015. Hardcover. 298 pages. Sewn binding, with a half-tone frontispiece, a sixteen-page section of colour and half- tone plates, illustrated endpapers and a full-colour dustjacket, this republication incorporates corrections noted subsequently in Kenneth Grant’s personal copy of the book. Many of the plates have been rephotographed, and some are printed in colour. Brand New/Fine.

The republishing of the Typhonian Trilogies continues with the release of the seventh volume in the series, Outer Gateways, which opens the third and final trilogy.

The Typhonian Tradition discussed in this book matured and declined before even the monumental phase of the earliest civilizations. This is witnessed by fragments of magical and mystical lore once current in Egypt and the Far East. The Tradition lingered on and became corrupt with passing epochs and the gradual attrition of an ages-old lineage of Initiates. Harassment by warring factions seeking temporal power at the expense of intemporal space-transending Knowledge stifled the spark and fouled the springs of the ancient Wisdom. It reappeared fitfully over the centuries in obscure alchemical writings in the West, and in Oriental occult tantras, and traces of it proved sufficient to permit of its powerful resurgence, one of the most remarkable phenomena of modern times.

The earliest themes of Grant’s series of trilogies are here related, intensified and developed. The unearthly provenance of such disturbing messages as The Necronomicon is reaffirmed, leading to a cognate treatment of Crowley’s reception of The Book of the Law and a reinterpretation of that book’s implications in the light of the Typhonian Tradition. ‘E.T.’ phenomena are regarded as an opportunity for man to integrate with consciousness the ancient stellar influences. The volume concludes with a haunting transmission – Wisdom of S’lba – received in New Isis Lodge under circumstances outside usually accepted magical procedures, and subsequently translated into terrestrial language. 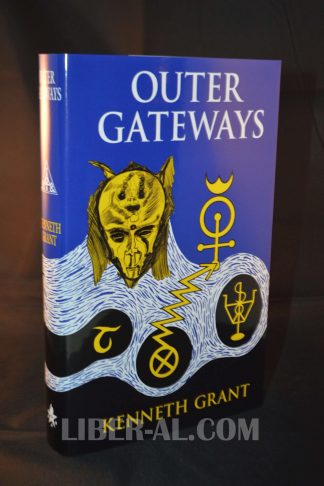