ROSA IGNOTA AND OTHER WRITINGS FROM THE EQUINOX

Also included is a hand-bound copy of several pieces that Neuburg wrote for The Order of Woodcraft Chivalry’s periodical The Pinecone. Features a handsome bookplate and bookmark.

Aleister Crowley began publishing his massive periodical the Equinox in 1909. Victor Neuburg assisted by providing general support and selections of his poetry, beginning with “The Lonely Bride” for the first issue. For the March 1912 issue Crowley was replaced as editor, at least in name, if not in fact, by Mary d’Este Sturges with Neuburg as sub-editor, presumably as an attempt to distance Crowley from the Equinox. The recent bad publicity generated by the “Looking Glass” trial had apparently caused a drop off in new A.’.A.’. students and a backlash against the Equinox itself.

Throughout the publishing history of the Equinox, Neuburg contributed poetry to all 10 issues with the exception of Numbers 7 and 9. Judging by an advertisement in the Equinox, Number 8, published in September 1912, his lengthiest contribution, the poem “Rosa Ignota”, was originally planned to be issued as a separate publication. The ad, shown below, stated that it was in preparation for publication and would have been his second book published by Crowley after The Triumph of Pan in 1910. 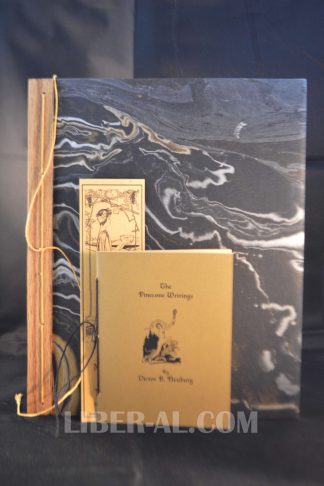 You're viewing: ROSA IGNOTA AND OTHER WRITINGS FROM THE EQUINOX $56.15
Add to cart