This is the second volume in the series of novellas by Kenneth Grant. This volume consists of two stories, both of them concerning the voodoo Bultu, or Cult of the Spectral Hyanae. In the first story, Snakewand, a set of voodoo drums exercises an insidious, hypnotic rhythm which brings about possession in those who fall under its sway, sweeping an entire town to destruction. In the second, The Darker Strain, something malefic is transmitted at a séance, again bringing about possession and transformation into a hyaena.

These stories, and other tales in this series, were written in the wake of rituals performed over a period of seven years in New Isis Lodge. Many were the magicians and mediums who passed through the Lodge, and some of them feature in the series of novellas. Their mundane personalities may not have appeared unusual to casual observation, but when elongated and siderealised by the unique perspectives which their magical rôles created for them, they achieved an apotheosis, an epiphany. This extraordinary phenomenon demonstrated the heights and the depths which human nature is capable of scaling and of fathoming, in the delirious frenzy inspired by their art. These tales are likewise orientated to the other side of a reality rarely glimpsed outside a magically charged Circle. 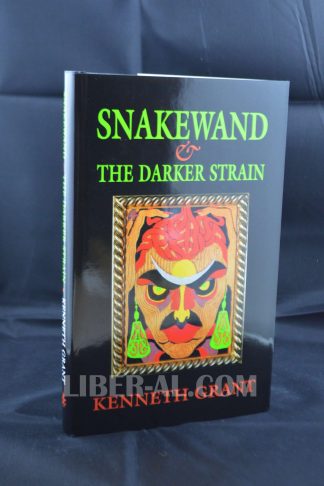 You're viewing: Snakewand & The Darker Strain $33.97
Add to cart
We use cookies to ensure that we give you the best experience on our website. If you continue to use this site we will assume that you are happy with it.Ok