THE CHANGING OF THE GUARD: MY MEMOIRS OF BEING IN ORDO TEMPLI ORIENTIS Between 1989 and 1993 (SIGNED)

“This is scandalous book detailing events wilder than the craziest soap opera. It takes place during the Satanic scare of the late 1980s and into the early 1990s, and it details what occurred in the fraternity known as Ordo Templi Orientis, especially in Berkeley, California. The antics of the drug-rattled locals here in the Bay Area led up to a major police raid where cops in full riot gear stormed three building filled with Thelemites. They shoved a shotgun in the author’s face and screamed, “Hit the floor!” He did.

Besides the locals, this book dares to mention other OTO incidents, like the OTO Initiate who walked into a local Christian youth ministry in Denver and pulled a gun, killing two and wounding two others. And MUCH MORE….

Changing of the Guard covers the extremely colorful, shocking, and at times hilarious events around two basic efforts of its author, J. Edward Cornelius, between 1989 and 1993. The first effort was to spearhead Ordo Templi Orientis’ (OTO’s) successful lawsuit against the City of Berkeley, California and Alameda County, California. The OTO sued these government entities for perpetrating a police raid motivated by religious intolerance against those whom they deemed “devil worshippers.” For those who don’t remember this time period in the United States, nervous Christians imagined Satanists performing human sacrifices in every backyard and basement—and of course they identified every occult or non-Christian group as Satanic. This was a time of mass-paranoia and witch-hunting, with tragic consequences for many of the falsely accused when Thelema Lodge, OTO and other locations in the Bay Area were raided during a botched police raid looking for drugs, guns and underaged runaways. Cornelius was one of several people who was arrested and who was instrumental in fighting and winning this morally important victory. ​

The second effort that Cornelius details in this book was the OTO’s attempt to reform the Bay Area’s Thelema Lodge (formerly Grand Lodge) to be an orderly, dignified representation of Crowley’s Order. Oh, the stories Cornelius tells in this book! It all started when newly-elected OTO leader (X°) William Breeze convinced Cornelius to serve as Lodge Master of Thelema Lodge, much to the chagrin of the self-styled Bay Area “Community.” Before Cornelius even arrived in California from the East Coast he was resented and rejected by said “Community.” Hijinks and push-back ensued: crazy Masses, thefts, lice outbreaks, and in-fighting that caused—you guessed it—the most expensive lawsuit to that date in the OTO’s history (see above). Cornelius had his hands full, and then some. Unlike with the lawsuit, he failed at reforming Thelema Lodge. Unfortunately, he wasn’t alone: every Lodge Master after him similarly failed, and the historically important lodge was eventually shuttered.

Cornelius’ stories are definitely some that the OTO wishes would remain buried, but they reflect the bigger picture of which these flamboyant and scandalous events are but a microcosm. The events that Cornelius has reconstructed here from thousands of pages of contemporary documents resulted directly from the transition to the new OTO leadership’s ways of conducting business.”

M. G. of Oregon: “Thank you for the book. I really enjoyed it which took me by surprise. The story rolled out like an indie movie I’d watch on Sundance. Smart. Witty. Shocking. Yet amiable story telling. Seriously, it had a visual element for me. Projected onto a screen. The pestilence. The mess. But a humorous, intelligent soul has come on the scene and needs to create some fast repairs on some foundational work to the temple, to his personal life and to his magical growth. Thank you Jerry for a personal look into an initiates life. It helped me see things that I hadn’t seen before, which was magical.”

M. W. of Dumfries, Scotland: “Strongly recommended as a cracking good read, with a very strong dose of Jerry, and loads of facts which will force a good number of people to think seriously as to the direction they are currently travelling in.” 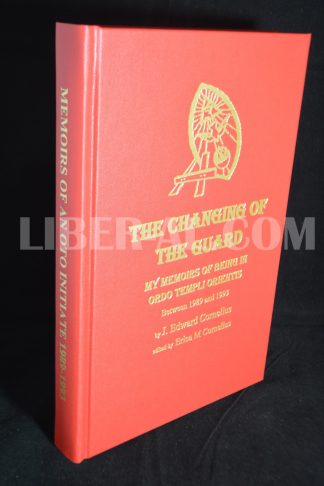