Tarot of Ceremonial Magick: A Pictorial Synthesis of Three Great Pillars of Magick

The Tarot of Ceremonial Magick is a new deck created by DuQuette and published by U. S. Games. In this groundbreaking book, he explains the symbology of the cards. On each card is shown the Zodiacal, Enochian, Ceremonial, Goetic, Tattvic, and Elemental components, along with the card’s place in each of those systems, and its relationships to other cards. For students of Crowley’s works, this new deck and book makes his conceptual connections more accessible. 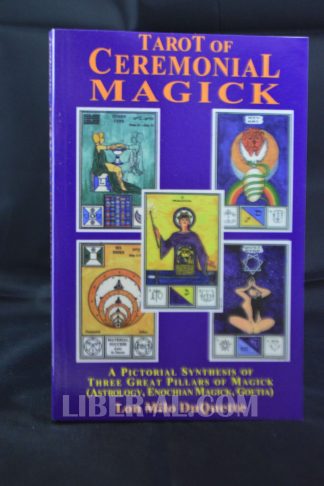 You're viewing: Tarot of Ceremonial Magick: A Pictorial Synthesis of Three Great Pillars of Magick $18.06
Add to cart