The Book of Paramazda (Limited Edition)

Hadean Press, London, 2011. Paperback. 51 pages. Previously released as a limited hardcover edition, The Book of Paramazda then resurfaced as a limited paperback. The text was unchanged, and the covers have been hand-stamped in silver foil. This title is now out of print in both editions. Scarce. As New/Fine.

“The Book of Paramazda is a book which in the last millennium might have been described as a ‘Liber’ in ‘Class A & B’. Rumours of the existence of this cryptic and beautiful text have long been current in exalted circles; it is now emerging into the light of day.

The Book of Paramazda is at once a received book, an enciphered magical system and an apocalyptic vision of the Aeons. It is also a powerful reforming prophecy concerning Magicians, Thelemites and Radical Traditionalists alike.” 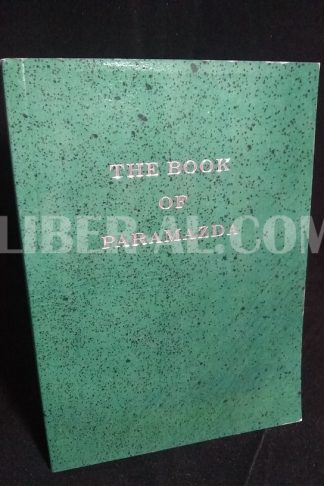 You're viewing: The Book of Paramazda (Limited Edition) $51.48
Add to cart
We use cookies to ensure that we give you the best experience on our website. If you continue to use this site we will assume that you are happy with it.Ok